This is a … toilet 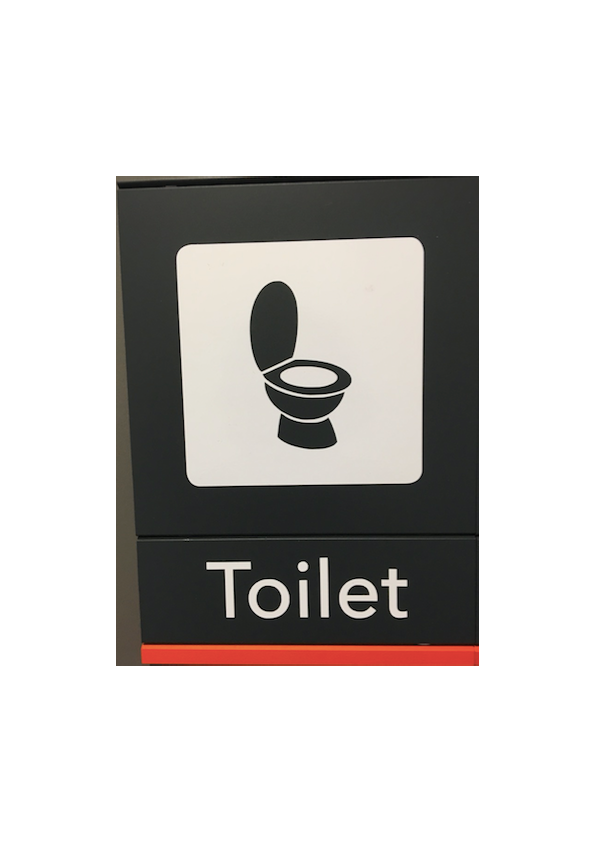 This week’s blog post is by Professor Celia Lury

I am currently working on a project called ‘People Like You: Contemporary Figures of Personalisation’, funded by the Wellcome Trust. This project aims to contribute to critical medical humanities by investigating an emergent culture of personalisation in the UK. We hope to stimulate debate on personalised medicine by showing how it can be understood more fully in relation to other personalising practices. Our aim is to put the ‘person’ back into personalisation, and relate such persons to the data collected from them and on their behalf. This approach will allow us to investigate individuals’ sense of self, agency and identification with others.

As part of this project we are interested in the creation and use of categories: from the making of natural kinds to what has been called dynamic nominalism, that is, the process in which the naming of categories gives opportunities for new kinds of people to emerge. And while the making of categories is often the prerogative of specialised experts, the last few years have seen a proliferation of categories associated with social, political and medical moves to go beyond the binaries of male/female and men/women. Emerging categories include: transgender, gender-neutral, intersex, gender-queer and non-binary. The question of who gets included, who gets excluded and who belongs in categories is complicated, and depends in part on where the category has come from, who created it, who maintains it, who is conscripted into it, who needs to be included and who can avoid being categorised at all. Categories are rarely simply accepted; they need to be communicated, are frequently contested and may be rejected. There is a politics of representation in the acceptance – or not – of categories.

Take this example of a sign for a ‘gender-neutral’ toilet.

Before I saw it, I knew what would be behind the door to which it was attached since the building work associated with the conversion of men’s and women’s toilets into gender-neutral toilets had taken weeks. But when the building work was finished and I was confronted with this sign – marking the threshold into a new categorical space – I didn’t know whether to laugh or cry.

I am familiar, as no doubt you are too, with signs for what might now be called gender-biased toilets; that is, toilets for either men or women. Typically, the signs make use of pictograms of men or women, with the figure for ‘women’ most frequently distinguished from an apparently unclothed ‘man’ by the depiction of a skirt. Sometimes the signs also employ the words ‘men’ and ‘women’, or ‘gentlemen’ or ‘ladies’. But the need to signal to the viewer of the sign that they would be occupying a gender-neutral space on the other side of the door, seemed to have floored the institution in which the toilet was located. The conventional iconography was, apparently, wanting. Perhaps it seemed impolitic – too difficult, imprudent or irresponsible – to represent a category of persons who are neither ‘men’ nor ‘women’. But in avoiding any representation of person, in making use of the word and image of a toilet (which of course is avoided in the traditional iconography, presumably as being impolite if not impolitic), I couldn’t help but think that the sign was inviting me – if I was going to step behind the door – to identify, not with either the category ‘men’ or ‘women’, but with a toilet.

The sign intrigued me. Why, I wondered, if it was considered so difficult to depict a gender-neutral person, not just make this difficulty visible once, and simply show either a pictogram of a toilet or the word ‘toilet’?  Why ‘say’ toilet twice? I recalled a work of art by the artist Magritte titled The Treachery of Images (1926). In this work, a carefully drawn pipe is accompanied by the words ‘Ceci n’est pas une pipe’, or ‘This is not a pipe’. Magritte himself is supposed to have said,

The famous pipe. How people reproached me for it! And yet, could you stuff my pipe? No, it’s just a representation, is it not? So if I had written on my picture ‘This is a pipe’, I’d have been lying!

In an essay on this art work (1983), Michel Foucault says the same thing differently: he observes that the word ‘Ceci’ or ‘This’ is (also) not a pipe.

Foucault describes the logic at work in the art work as that of a calligram, a diagram that ‘says things twice (when once would doubtless do)’ (Foucault 1983: 24). For Foucault, the calligram ‘shuffles what it says over what it shows to hide them from each other’, inaugurating ‘a play of transferences that run, proliferate, propagate, and correspond within the layout of the painting, affirming and representing nothing’ (1983: 49). What, then, does the doubling of the gender-neutral door sign imply about the category of the gender-neutral? Perhaps there is a nostalgia for when there was a play of transferences, when the relations between appearance and reality could be – and were – continually contested.  Perhaps, however, it is a new literalism, what Annette Rouvroy and Thomas Berns call ‘a-normative objectivity’ (2013). Then again (and is this my third or fourth attempt to work out why the sign made me want to laugh and cry?), perhaps there is also an invitation to call into existence ‘something’– rather than the ‘nothing’ that Foucault celebrates – even if, for the category of the gender-neutral to come into existence, you have to (not) say something twice.

Foucault, F. (1983) This is Not a Pipe, translated and edited by J. Harkness, Berkeley and Los Angeles: University of California Press.

The project is funded by a Wellcome Collaborative Award in the Medical Humanities and Social Sciences (Grant Reference: UNS32973, 2018-2022). Our website is here: https://peoplelikeyou.ac.uk/

Tags:CIM blogThis is a toilet